In accordance with our Terms and Conditions, by using this site you consent to us placing cookies on your computer to help make this website experience better. 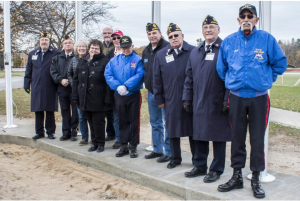 Representatives from the organizations and family that sponsored one of six flagpoles, which cost approximately $8,000 total, were in attendance at an afternoon dedication ceremony at the Belding Veterans Memorial. The sponsor’s representatives were asked to raise a flag on each pole including Cindy Stowell (3rd from the left) of Robroy Enclosures. Photo Credit: https://thedailynews.cc/articles/flags-raised/

Robroy Enclosures, a leader in the design, manufacturing, and sales of non-metallic NEMA rated enclosures, continues to support local and national veterans, an important cause for the company, with a sponsorship of the new local Belding Veterans Memorial. 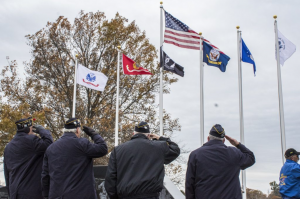 Photo Caption: The flags raised as part of the ceremony represent the branches of service in the military, the U.S. flag and the POW/MIA flag.

Are you a new OEM or working on a new project? 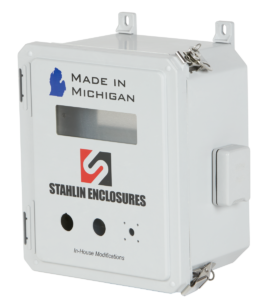 Contact us and we’ll assist you with prototypes, engineering support, and information.

Don’t forget to ask how our digital printing and modification capabilities can save you money, time, and labor.